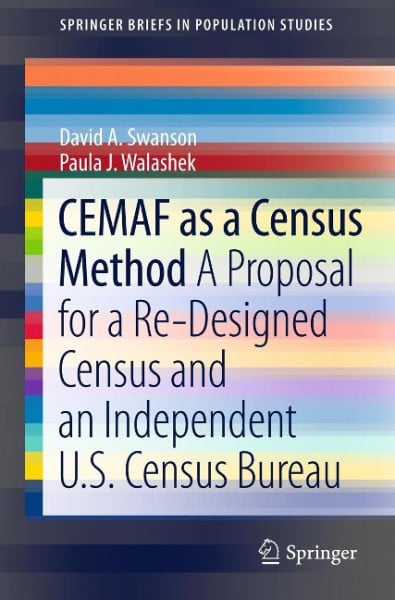 CEMAF as a Census Method

CEMAF as a Census Method
A Proposal for a Re-Designed Census and An Independent U.S. Census Bureau

In  provocative terms that  push the envelope of technical, administrative, and legal capabilities, Swanson and Walashek  propose a re-vamped US census  based neither on the current system, self-enumeration, nor its predecessor, door-to-door canvassing.  Instead, they propose that it be built on a combination of four elements: (1) administrative records; (2) the continuously updated Master Address File; (3) survey data; and (4) modeling and imputation techniques.  They use "Census-Enhanced Master Address File (CEMAF) as a descriptive term for their proposal, which is based on four principles and includes a proposal for an independent Census Bureau. They argue that evidence suggests that the methods used to conduct traditional census counts may be at the end of their useful working lives, as evidenced by increasing costs and declining response rates. Some of their ideas will seem farfetched. However, Swanson and Walashek believe this is the time to discuss radical proposals as governments re-examine the utility of traditional census counts and consider reductions, as is the case in Canada and England. This SpringerBriefs should be on the reading list of staff in statistical agencies grappling with rising costs and declining response rates, as well as census stakeholders concerned about costs, accuracy, and census utility. von Swanson, David A. und Walashek, Paula J.