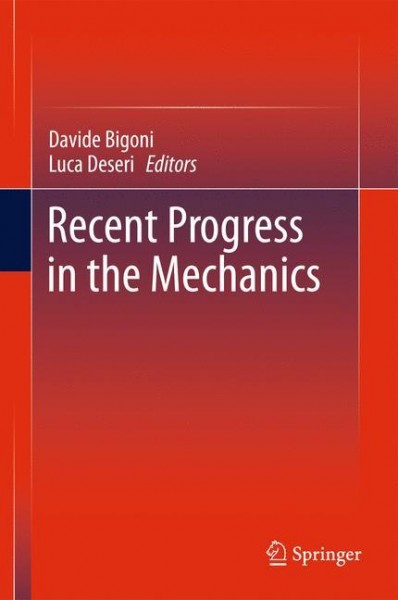 Recent Progress in the Mechanics of Defects

Recent Progress in the Mechanics of Defects

The International Symposium on Defect and Material Mechanics (ISDMM09) was the fourth international meeting of a series, following the workshops held at Kaiserslautern (2003), Symi (2005) and Aussois (2007), and was held in the alpine city of Trento, Italy, from July 6 to 9, 2009. The Symposium brought together researchers in the areas of the mechanics of defects, in a broad sense: cracks, dislocations, inclusions, precipitates, phase boundaries, and shape optimization.A select number of contributions based on the presentations given at the symposium are collected in this volume, which provides a reference source of the present state of development in the field of the mechanics of defects.Previously published in the International Journal of Fracture 166:1-2 (2010). von Bigoni, Davide und Deseri, Luca