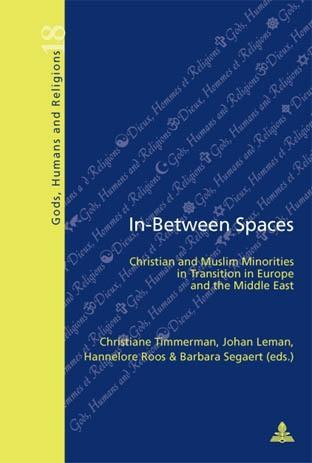 The relationship between Europe and the Middle East has been important, yet tumultuous, for more than a thousand years. In both regions, immigrants from religious minorities found their place and yet often stayed connected through historical and/or religious ties to the other region. Several large Christian communities remained in the Middle East after the Islamization of the region. More recently, immigration from Mediterranean countries has brought Islam back into Europe. Muslim communities with diverging regional and ideological backgrounds are increasingly becoming part of the European landscape. The influence of globalization has given way to a shift in the position of minorities in their relationship to the majority culture, in which religion is played out as a key element. We are also currently witnessing a reinterpretation of the minority issue in itself and a repositioning of minority communities within the dominant strand of society. The interaction between global and local contexts has created new dynamics in the minority issue and therefore requires renewed academic analysis. This publication comprises the contributions of scholars and researchers who participated in a conference on the topic organized by the University Centre Saint-Ignatius Antwerp in December 2007 and covers different aspects of the subject matter including the politics of religious diversity, religion and ethnic identity, migration, conversion, virtual communication, European Islam and feminine minority discourse. von Timmerman, Christiane und Leman, Johan und Roos, Hannelore und Segaert, Barbara