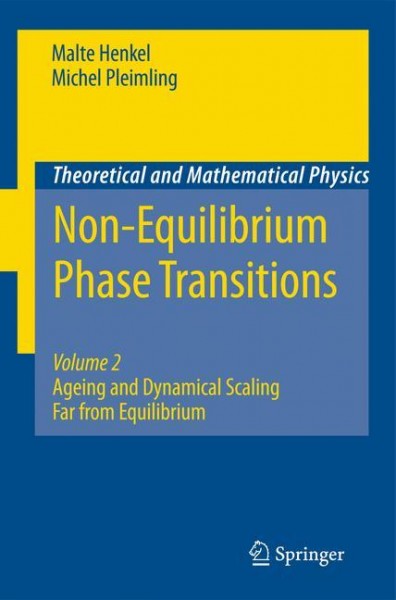 ¿The importance of knowledge consists not only in its direct practical utility but also in the fact the it promotes a widely contemplative habit of mind; on this ground, utility is to be found in much of the knowledge that is nowadays labelled ¿useless¿. ¿ Bertrand Russel, In Praise of Idleness, London (1935) ¿Why are scientists in so many cases so deeply interested in their work ? Is it merely because it is useful ? It is only necessary to talk to such scientists to discover that the utilitarian possibilities of their work are generally of secondary interest to them. Something else is primary. ¿ David Bohm, On creativity, Abingdon (1996) In this volume, the dynamical critical behaviour of many-body systems far from equilibrium is discussed. Therefore, the intrinsic properties of the - namics itself, rather than those of the stationary state, are in the focus of 1 interest. Characteristically, far-from-equilibrium systems often display - namical scaling, even if the stationary state is very far from being critical. A 1 As an example of a non-equilibrium phase transition, with striking practical c- sequences, consider the allotropic change of metallic ?-tin to brittle ?-tin. At o equilibrium, the gray ?-Sn becomes more stable than the silvery ?-Sn at 13. 2 C. Kinetically, the transition between these two solid forms of tin is rather slow at higher temperatures. It starts from small islands of ?-Sn, the growth of which proceeds through an auto-catalytic reaction. von Henkel, Malte und Pleimling, Michel

Malte Henkel, born in 1960, received his Master's degree from the University of Bonn in 1984, and his PhD in 1987, when he also won the annual prize of the Minerva Foundation. From that year onward he has been a long-term visitor in many institutes, including the ITP at Santa Barbara, USA, the SPhT at Saclay, France, and the universities of Oxford, UK, Vienna, Austria, Padova, Italy, and Lisbon, Portugal. In 1995 he was appointed a professor at the University of Nancy I. His current research encompasses equilibrium and non-equilibrium phase transitions, using field-theoretical and numerical methods in general. In particular, his current focus is on dynamical scaling behaviour realised in ageing phenomena far from equilibrium. He has published well over a hundred articles and three monographs, one of which is Volume I of this set.