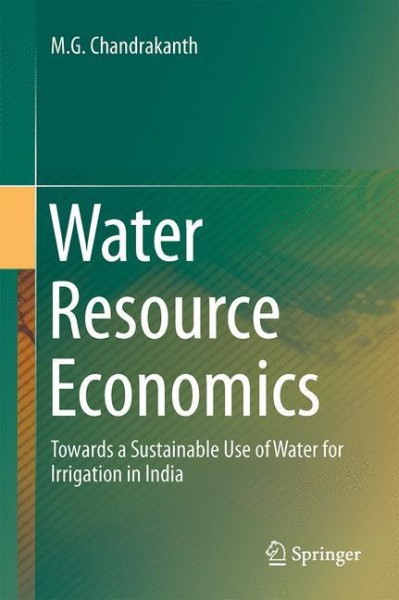 This book uses resource economics costing approaches incorporating externalities to estimate the returns for the country's irrigation and demonstrates how underestimating the cost of water leads farmers to overestimate profits. The importance of the subject can be judged in light of the fact that India is the largest user of groundwater both for irrigation and for drinking purposes, pumping twice as much as the United States and six times as much as Europe.Despite water's vital role in ensuring economic security for the nation and farmers alike by supporting more than 70% of food production, water resource economists are yet to impress upon farmers and policymakers the true value of water and the urgent need for its sustainable extraction, recharge and use. In an endeavor to promote more awareness, the book further delineates the roles of the demand side and supply side in the economics of irrigation, and explains how the cost of water varies with the efforts to recharge it, crop patterns, degrees of initial and premature well failure and degrees of externalities. It also discusses the importance of micro-irrigation in the economics of saving water for irrigation, estimating the marginal productivity of water and how it improves with drip irrigation, the economics of water sharing and water markets, optimal control theory in sustainable extraction of water, payment of ecosystem services for water and how India can effectively recover.In closing, the book highlights the role of socioeconomic and hydrogeological factors in the economics of irrigation, which vary considerably across hard rock areas and the resulting limitations on generalizing. von Chandrakanth, M. G.