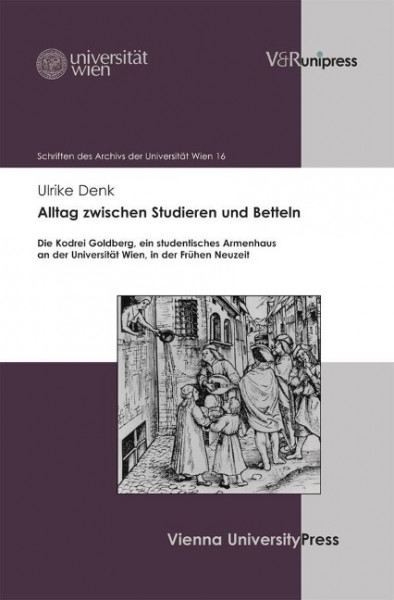 Poor students (pauperes) had been frequenting the universities during the Middle Ages and the Early Modern Times (at times in significant numbers). University documents mention them as profiteers of reduction or remission of fees which students had to pay for matriculation, lectures, examinations and degrees. There is less information about their living conditions at the university. The University of Vienna always had a high number of paupers. Therefore the so-called "Kodreien" (codriae), i.e. dwellings established for poor students were typical institutions in Vienna. Taking the example of the biggest of these houses, the "Kodrei Goldberg" or codria Aurei montis, the book throws light how Viennese pauperes from c. 1470 to 1622 managed their lives between learning and begging. Finally the author takes a political point of view: were these codriae meant to support or control the poor students, which problems results from their begging activities in town, and how dealed the authorities (the university, the town and the sovereign) with these problems?