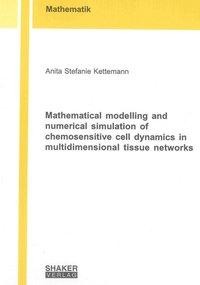 The structure of an underlying tissue network has a strong impact on cell dynamics. If cells are not only influenced by the network but can also alter it by mechanical and chemical interactions, their movement is called mesenchymal. Important examples for mesenchymal movement are fibroblasts in wound healing and metastatic tumour cells. A mathematical model for metastasis is developed in this thesis consisting of a twocomponent fluid model for the fibre network and tissue fluid combined with reactiondiffusion-transport equations for the cell, protease and chemoattractant densities. On the one hand, cells deform the tissue by mechanical forces and thus change the fibre orientations. Additionally, the fibres are degraded by orientation-dependent proteolysis. On the other hand, cells move along network fibres (contact guidance) and their velocity depends on the fibre density. Moreover, cell migration is guided by haptotaxis and chemotaxis. Local existence and uniqueness of a weak solution is proven in two space dimensions for a subsystem, more precisely, for a nonlinear coupled system consisting of a transport equation, four reaction-diffusion-convection equations, an elliptic equation and an ordinary differential equation. A numerical scheme for the complex PDE model is designed in two space dimensions based on Finite Elements and the Discontinuous Galerkin method. The simulations show the impact of the network on cell migration and also the fibre reorientation due to cell forces. Metastasis scenarios present the influence of different effects on invasiveness.