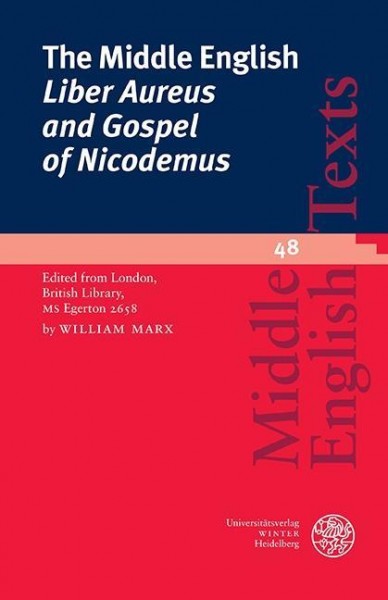 The Middle English 'Liber Aureus and Gospel of Nicodemus'

Apart from Nicholas Love's 'Mirror of the Blessed Life of Jesus Christ', the pseudo-Bonaventuran 'Meditationes Vitae Christi' was the basis for a number of other Middle English texts in verse and prose. The 'Liber Aureus and Gospel of Nicodemus', which survives in three manuscripts and a fragment, offers a distinctive contribution to the tradition that followed in the wake of the Latin text and provides a significant counterpoint to Nicholas Love's version. Whereas Love adopts from the 'Meditationes Vitae Christi' most of its rhetorical strategies characteristic of Franciscan devotion, the compiler of the 'Liber Aureus and Gospel of Nicodemus' systematically and deliberately removes these features and produces a translation in a plain style. At the same time, the compiler adds to the narrative derived from the 'Meditationes Vitae Christi' passages from the gospels as well as legendary materials. The 'Liber Aureus and Gospel of Nicodemus' is a theologically eclectic text that reveals the influences of both Wycliffite thinking on the centrality of the gospels and orthodoxy. This is the first edition of the text, and includes an introduction, commentary, appendices of marginalia and related texts, and a glossary. von Marx, William