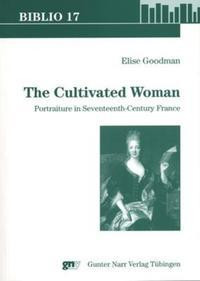 This interdisciplinary study, which is richly illustrated by ninety plates of paintings and prints, treats the neglected portraiture of cultivated women in seventeenth-century France in its wider cultural, intellectual, literary, and social contexts. France's Grand Siècle witnessed the rise of a culture of female intellectuality and lively debate about the education, social role, and mental potential of women from royalty to the bourgeoisie. Notions of the cultivated woman were reflected in contemporary portraiture, Namely, in allegorical images that likened royal sitters-Anne of Austria, Henriette d'Angleterre, and La Grande Mademoiselle-to Minerva, the asexual goddess of knowledge and guardian of the arts and sciences. This book also considers portraits historiés and relatively straightforward likenesses of other female members of the French royal family: the theatrically-changed portraits of the duchesse du Maine and the colorful gender-transgressive images of Elisabeth Charlotte, duchesse d'Orleans. It also treats the iconography and cultural significations of portraits of famous letter writers (Mme de Sévigné), authors (Anne de La Vigne), musicians, and composers (Elisabeth Jacquet de La Guerre), whose sitters flourished from about 1670 to the end of the Grand Siècle. The efflorescence of images of these and other cultivated women attests to their growing recognition and prestige in France. Most of these portraits, in contrast to the virile Minervas examined in earlier chapters, are decidedly feminine-gendered; they assimilate patterns of female beauty to the topos of the cultivated woman. This richly-textured study will appeal to art historians, scholars and students of French culture, history, literature, and music; gender and women's studies specialists; as well as the educated general reader. von Goodman, Elise