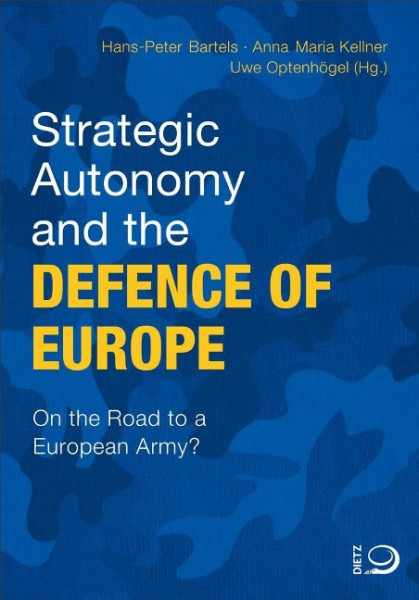 Strategic Autonomy and the Defence of Europe

Strategic Autonomy and the Defence of Europe
On the Road to a European Army?

European cooperation currently focuses on the Common Security and Defense Policy (CSDP), which is much and controversially debated. How can Europe achieve the necessary strategic autonomy in order to cope with its role as a geopolitical player? It is undisputed that more coordination, also with NATO, and an expansion of military capacities are needed. Do we need a common European army in the long run? This book describes the origins and the evolution of the basic idea in the framework of the current strategic processes of the EU and its member states. The so-called refugee crisis, increasing instability in neighboring countries of the EU, growing terrorist threats, the role of Russia and the NATO, the election of Donald Trump and Brexit - they all inform today's debates on security policy in Europe. The long-term goal of a European army represents a development perspective of a powerful European Security and Defense Policy as a potential pillar of a new transatlantic security architecture. The editors review the currently discussed proposals for the future development of the CSDP and provide concrete recommendations for further action, based on a detailed analysis of the countries involved. von Bartels, Hans-Peter und Kellner, Anna Maria und Optenhögel, Uwe