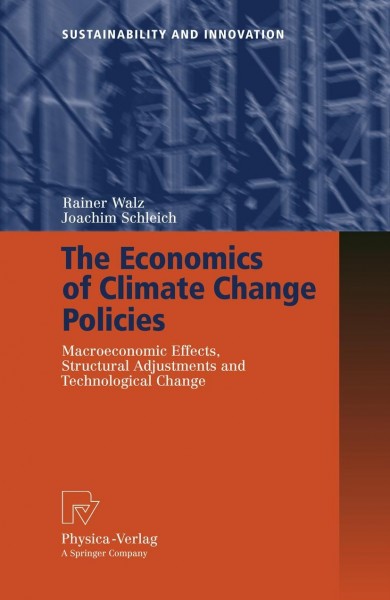 The Economics of Climate Change Policies

In its latest Assessment Report, the Intergovernmental Panel on Climate Change (IPCC, 2007) projects that without further action the global average surface t- perature would rise by a further 1. 8-4. 0°C until the end of this century. But even if the rise in temperature could be limited to the lower end of this range, irreversible and possibly catastrophic changes are likely to occur. Consequently, the protection of the earth's atmosphere requires substantial efforts to reduce CO and other green- 2 house gas emissions - especially in countries with very high per capita emissions. To limit the imminent rise in temperature, in the Kyoto-Protocol, the European Union has committed itself to reducing the emissions of greenhouse gases by 8% up to 2008-2012 compared to 1990 levels. Within the EU burden sharing agr- ment, some countries have to achieve even higher emissions reductions. Germany was assigned a reduction target of 21%. The entry into force of the Kyoto Protocol in February 2005 marks a first step towards meting global climate targets, but more ambitious action to reduce greenhouse gas emissions is needed after 2012, when the Kyoto targets expire. Under German presidency, the EU has committed itself to unilaterally reduce its greenhouse gas emissions until 2020 by 20%. In case a Post- Kyoto agreement can be reached, the EU reduction target would be 30% (CEU, 2007). von Walz, Rainer und Schleich, Joachim