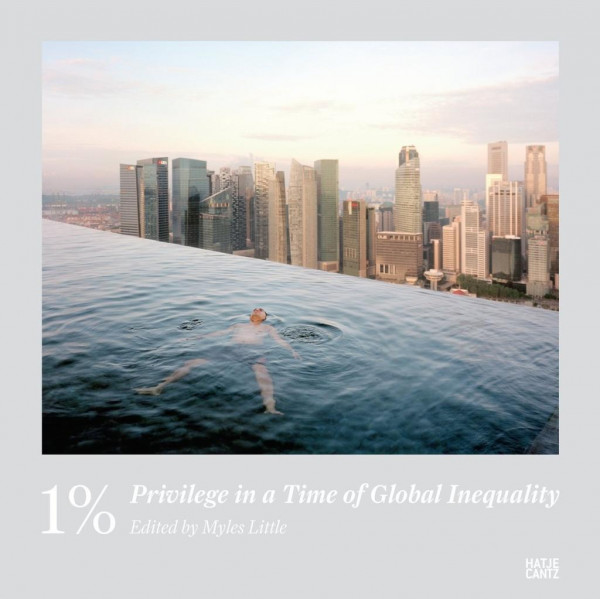 1% Privilege in a Time of Global Inequality

1% Privilege in a Time of Global Inequality

To be able to simply drift in the infinity pool on the roof terrace of the fifty-seven-floor Marina Bay Sands Hotel, while in the background you can enjoy the urban soundscape of Singapore's imposing sea of high-rises. Or to be personally welcomed to a private champagne party after an extended hot-air balloon ride over the Kenyan wilderness. The extravagant pleasures of the wealthiest one percent of the earth's population represent an extreme contrast to those of the remaining ninety-nine. Describing the gaping disparities in images is a challenge that has been taken up by Nina Berman, Peter Bialobrzeski, Guillaume Bonn, Mikhael Subotzky, and many others photographers. The volume assembles their works for the purpose of lending visual evidence to the blatant discrepancy between people's living conditions, which can be as fascinating as it is shocking. Exhibitions: International Photography Festival GuatePhoto, Guatemala City, Guatemala 12.-30.11.2015 | Balkan Photo Festival, Sarajevo, 29.-31.1.2016 | Gage Gallery at Roosevelt University, Chicago 4.2.-28.5.2016 | Head On Photo Festival, Sydney 29.4.-22.5.2016Uri-Eichen Gallery, Chicago, July 2016 | The Eye - International Photography Festival, Aberystwyth, Wales 30.9. - 2.10.2016 | Addis Foto Fest, Addis Ababa 28.12.2016-1.1.2017 von Little, Myles