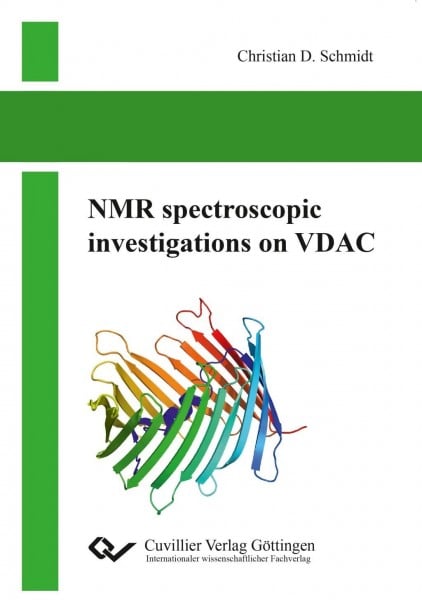 This thesis is improving the understanding of the gating process of the voltage dependent anion channel (VDAC). VDAC is the most abundant protein in the outer mitochondrial membrane of eukaryotes and has a plethora of different functions there. It is the main pathway for metabolites that are going in and out the mitochondria. Ever since its discovery in the 1970s and especially since the publication of three high resolution structures of VDAC in 2008 the mechanism of the voltage gating of the protein is a scientific question.In this thesis, the assignment of hVDAC1 in liquid state NMR is further improved and Cß assignments are determined. Based on a vastly improved NOE network and previously recorded R1/R2 relaxation data, a 3D solution state structure of E73V hVDAC1 was determined.Furthermore, an hVDAC1 mutant that is stabilizing a closed state of the protein was developed and is described. This "Quintuple hVDAC1" is exhibiting properties previously determined for N-terminal deletion constructs in solid state NMR and BLM measurements, but can - contrary to the deletion constructs - still be investigated by liquid state NMR measurements. Several lines of evidence point to and suggest a partial movement of the protein's N-terminal a-helix in this mutant. Based on the results, two possible models for a closed state of hVDAC1 are developed and discussed. von Schmidt, Christian D.