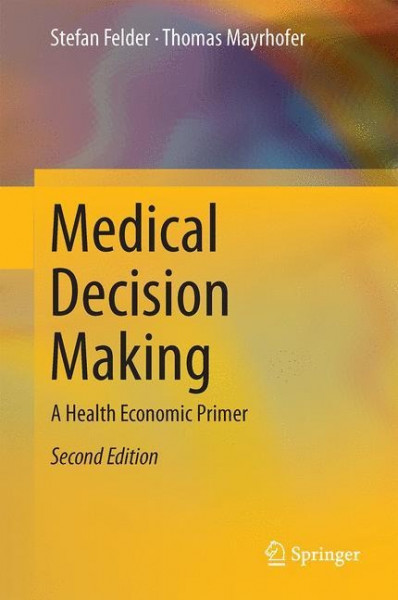 This textbook offers a comprehensive analysis of medical decision making under uncertainty by combining Test Information Theory with Expected Utility Theory. The book shows how the parameters of Bayes' theorem can be combined with a value function of health states to arrive at informed test and treatment decisions. The authors distinguish between risk-neutral, risk-averse and prudent decision makers and demonstrate the effects of risk preferences on physicians' decisions. They analyze individual tests, multiple tests and endogenous tests where the test outcome is chosen by the decision maker. Moreover, the topic is examined in the context of health economics by introducing a trade-off between enjoying health and consuming other goods, so that the extent of treatment and thus the potential improvement in the patient's health becomes endogenous. Finally, non-expected utility models of choice under risk and uncertainty (i.e. ambiguity) are presented. While these models can explain observed test and treatment decisions, they are not suitable for normative analyses aimed at providing guidance on medical decision making. von Felder, Stefan