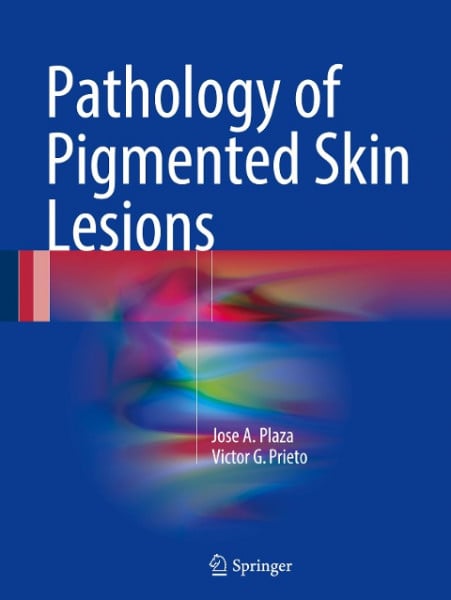 This book offers a practical approach to the histologic analysis of a wide range of melanocytic skin lesions, including various nevi and different forms of melanoma, as well as pigmented non-melanocytic lesions. In addition, sentinel node biopsy findings and the use of special ancillary studies are covered in detail. Each chapter presents illustrative cases that document the route to correct diagnosis. An important feature of the book is the clinical-pathologic correlation of challenging melanocytic tumors; accordingly, it will appeal not only to pathologists (general surgical pathologists and dermatopathologists) but also to dermatologists (including dermatopathologists). The book contains some 250 color photos as well as tables and algorithms designed to assist in the diagnosis of difficult cases.¿ von Plaza, Jose

José Antonio Plaza, MD, graduated in Medicine and Surgery from The Catholic University School of Medicine, Guayaquil, Ecuador in 1999. In 2004 he became Chief Resident in Anatomic Pathology at The Ohio State University Medical Center, and subsequently held fellowships in Surgical Pathology and Dermatopathology at the Mayo Clinic and the MD Anderson Cancer Center, respectively. Since 2008 he has been Director of Dermatopathology in the Pathology Department at the Medical College of Wisconsin & Froedtert Hospital, Milwaukee, where he is also an Assistant Professor. Dr. Plaza is a member of the editorial board of the Annals of Diagnostic Pathology and a reviewer for several leading journals, including the American Journal of Dermatopathology and the Journal of Cutaneous Pathology. He is the author of more than 50 peer-reviewed scientific publications as well as several book chapters.Victor G. Prieto, MD, PhD, graduated from the School of Medicine at the University of Alicante, Spain, in 1986 and obtained his doctorate from the University of Barcelona (Department of Cellular Biology) in 1991. Since 1999 he has worked at the Department of Pathology, Division of Pathology/Lab Medicine, The University of Texas M.D. Anderson Cancer Center, Houston, becoming a full professor in 2005. He is also a professor in the Department of Dermatology at the Center and has held many visiting professorships. Dr. Prieto holds various important administrative appointments at the M.D. Anderson Cancer Center. Since 2008 he has also been Chair of Peer-review at the American Society of Dermatopathology, Houston. Dr. Prieto is a member of the editorial boards of the Journal of Cutaneous Pathology and the American Journal of Dermatopathology, Co-Editor-In-Chief of the Electronic Journal of Pathology, and Section Chief for the Archives of Pathology and Laboratory Medicine. He has authored more than 250 peer-reviewed original research articles.