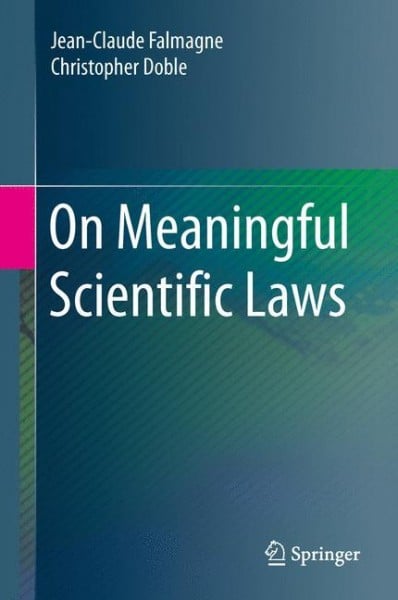 The authors describe systematic methods for uncovering scientific laws a priori, on the basis of intuition, or "Gedanken Experiments". Mathematical expressions of scientific laws are, by convention, constrained by the rule that their form must be invariant with changes of the units of their variables. This constraint makes it possible to narrow down the possible forms of the laws. It is closely related to, but different from, dimensional analysis. It is a mathematical book, largely based on solving functional equations. In fact, one chapter is an introduction to the theory of functional equations. von Falmagne, Jean-Claude und Doble, Christopher

Jean-Claude Falmagne is an emeritus professor of Cognitive Sciences at the University of California, Irvine. His research interests focus on the application of mathematics to educational technology, psychophysics, choice theory, and philosophy of sciences, in particular measurement theory.Chris Doble is the Math Content Development Manager at MHE / ALEKS Corporation. Along with his focus on using technology in the teaching and learning of mathematics, he maintains academic interests and publishes in measurement theory and psychophysics.