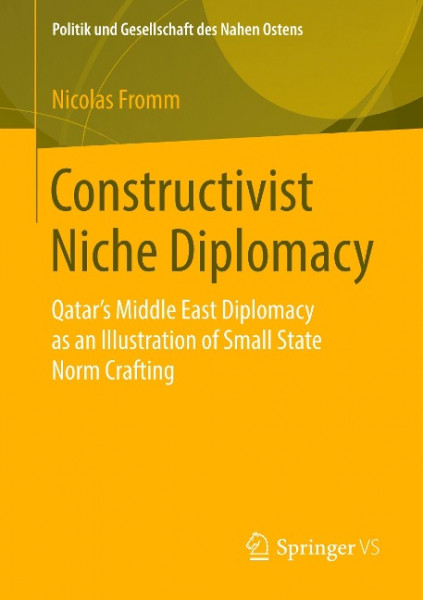 Nicolas Fromm explores norm-based strategies small states can use to distinguish themselves internationally in order to compensate for their lesser geopolitical weight. Using the example of Qatar, the author shows that such strategies might include a sort of norm entrepreneurship which goes beyond the advocacy of universal norms and implies the development of genuinely new norms ('norm crafting') in pursuit of regional political influence. To shed light on the stunning rise of Qatar from a background actor to a protagonist in international diplomacy, the case study analyses the distinctive use of norm crafting in the country's Middle East diplomacy under the reign of Emir Hamad (1995-2013). To unfold the potential of strategic normative innovation, Qatar seems to have imitated the attitudes and attributes of established norm entrepreneurs such as international organizations. von Fromm, Nicolas

Dr. Nicolas Fromm is a Postdoctoral Researcher at the Institute of International Politics at Helmut Schmidt University in Hamburg.