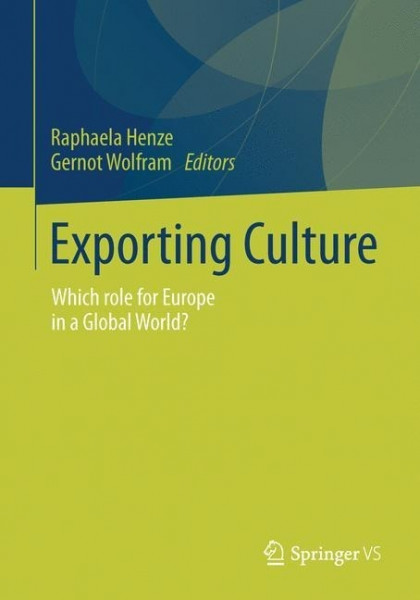 Exporting Culture
Which role for Europe in a Global World?

Is European culture visible enough in the globalized world? Why is culture from this continent often perceived as 'old-fashioned' or even worse as 'out-dated'? Is the export of national cultural products and services - in most European countries subsidized by the taxpayer - no longer relevant, or more relevant than ever before? Is it a huge waste of money, time, and effort or an attempt to create another form of globalization? Culture - in its broadest sense - is often viewed and accepted in ways that differ completely from those of other internationally traded goods. This might be one of the reasons why so many institutions, foundations and cooperations invest time, power, and money in cultural projects. Is this an exaggerated approach or an intelligent recognition of the genuine values of the 21st century - creativity and cultural sensitivity? These and several other questions concerning the export of culture are addressed by authors from different countries in order to initiate a debate about the role European cultural products and services are able to play globally.