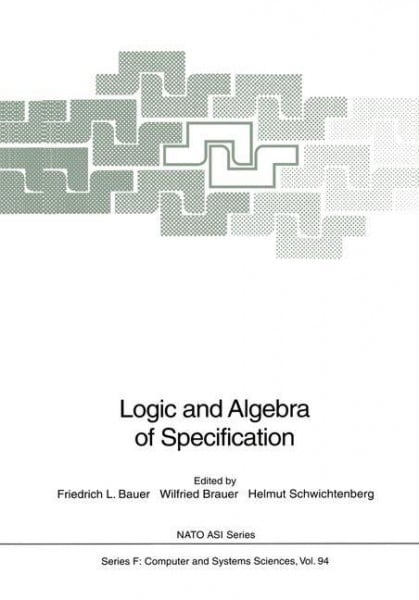 Logic and Algebra of Specification

Logic and Algebra of Specification

For some years, specification of software and hardwaresystems has been influenced not only by algebraic methodsbut also by new developments in logic. These newdevelopments in logic are partly based on the use ofalgorithmic techniques in deduction and proving methods, butare alsodue to new theoretical advances, to a great extentstimulated by computer science, which have led to new typesof logic and new logical calculi. The new techniques,methods and tools from logic, combined with algebra-basedones, offer very powerful and useful tools for the computerscientist, which may soon become practical for commercialuse, where, in particular, more powerful specification toolsare needed for concurrent and distributed systems.This volume contains papers based on lectures by leadingresearchers which were originally given at an internationalsummer school held in Marktoberdorf in 1991. The papers aimto give a foundation for combining logic and algebra for thepurposes of specification under the aspects of automateddeduction, proving techniques, concurrency and logic,abstract data types and operational semantics, andconstructive methods. von Bauer, Friedrich L. und Brauer, Wilfried und Schwichtenberg, Helmut