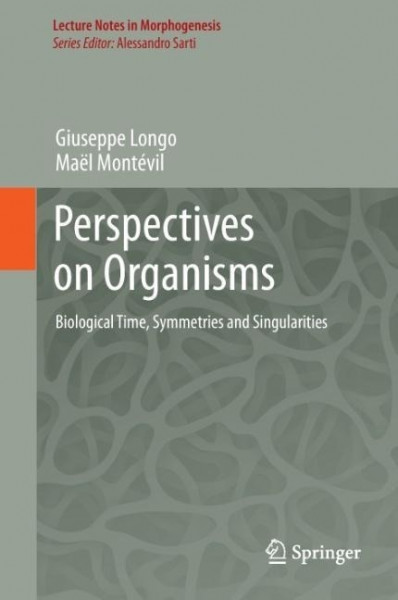 This authored monograph introduces a genuinely theoretical approach to biology. Starting point is the investigation of empirical biological scaling including their variability, which is found in the literature, e.g. allometric relationships, fractals, etc. The book then analyzes two different aspects of biological time: first, a supplementary temporal dimension to accommodate proper biological rhythms; secondly, the concepts of protension and retention as a means of local organization of time in living organisms. Moreover, the book investigates the role of symmetry in biology, in view of its ubiquitous importance in physics. In relation with the notion of extended critical transitions, the book proposes that organisms and their evolution can be characterized by continued symmetry changes, which accounts for the irreducibility of their historicity and variability. The authors also introduce the concept of anti-entropy as a measure for the potential of variability, being equally understood as alterations in symmetry. By this, the book provides a mathematical account of Gould's analysis of phenotypic complexity with respect to biological evolution. The target audience primarily comprises researchers interested in new theoretical approaches to biology, from physical, biological or philosophical backgrounds, but the book may also be beneficial for graduate students who want to enter this field. von Longo, Giuseppe und Montévil, Maël