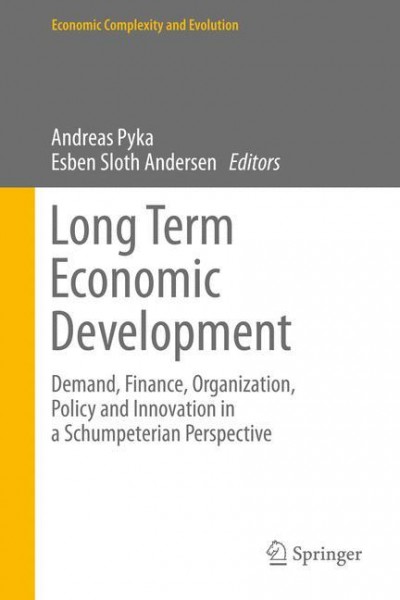 The book gives an overview of important research topics recently addressed in evolutionary Neo-Schumpeterian Economics. The list of research questions and applications of Neo-Schumpeterian reasoning impressively demonstrates the rich possibilities ranging from theoretical issues addressing human behaviour to applied areas like the emergence of biotechnology in developing countries, the role of innovation on financial markets and the R&D strategies of multinational enterprises. The chapters in this book bring together a rich set of new analytical and empirical methodologies which allow for new relevant and rigorous insights in innovation processes which are responsible for economic development and structural change.¿ von Pyka, Andreas und Andersen, Esben Sloth

Andreas Pyka graduated in Economics at the University of Augsburg in 1998 and spent afterwards two years as a Post Doc in Grenoble, France participating an European research project on innovation networks. Following the Post Doc he worked as an assistant professor at the University of Augsburg. His fields of research are Neo-Schumpeterian Economics and Evolutionary Economics with a special emphasis on numerical techniques of analysing dynamic processes of qualitative change and structural development. From October 2006 to March 2009 he worked at the University of Bremen as Professor in Economic Theory. Since April 2009 Andreas Pyka holds the chair for innovation economics at the University of Hohenheim, Stuttgart. Esben Sloth Andersen is professor of economics at the Department of Business and Management, Aalborg University in Denmark. He teaches general economics and evolutionary economics in BA, MA, and PhD programmes. He is a member of the department's IKE Group on Innovation, Knowledge and Economic dynamics, and of the Danish Research Unit for Industrial Dynamics (DRUID).