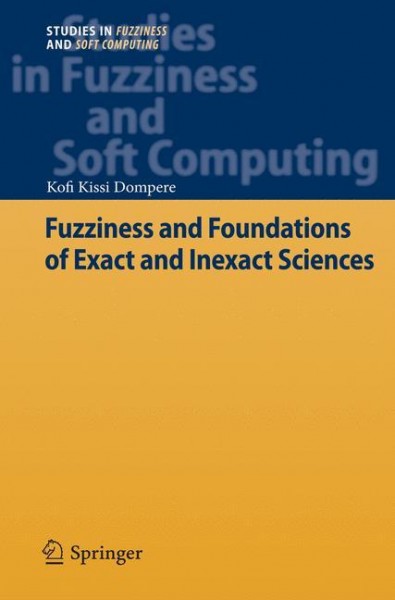 Fuzziness and Foundations of Exact and Inexact Sciences

Fuzziness and Foundations of Exact and Inexact Sciences

The monograph is an examination of the fuzzy rational foundations of the structure of exact and inexact sciences over the epistemological space which is distinguished from the ontological space. It is thus concerned with the demarcation problem. It examines exact science and its critique of inexact science. The role of fuzzy rationality in these examinations is presented. The driving force of the discussions is the nature of the information that connects the cognitive relational structure of the epistemological space to the ontological space for knowing. The knowing action is undertaken by decision-choice agents who must process information to derive exact-inexact or true-false conclusions. The information processing is done with a paradigm and laws of thought that constitute the input-output machine. The nature of the paradigm selected depends on the nature of the information structure that is taken as input of the thought processing. Generally, the information structure received from the ontological space is defective from the simple principles of acquaintances and the limitations of cognitive agents operating in the epistemological space. How then do we arrive and claim exactness in our knowledge-production system? The general conclusion of this book is that the conditions of the fuzzy paradigm with its laws of thought and mathematics present a methodological unity of exact and inexact sciences where every zone of thought has fuzzy covering. von Dompere, Kofi Kissi