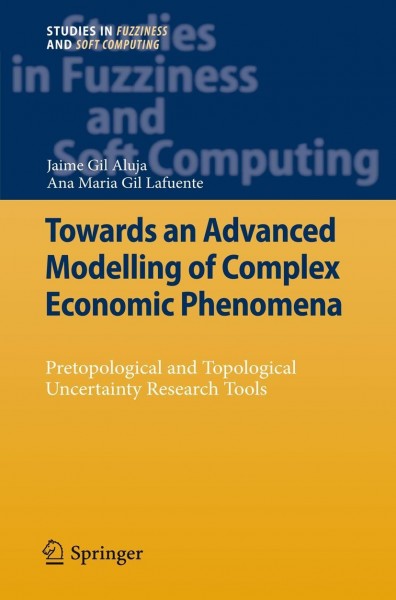 Towards an Advanced Modelling of Complex Economic Phenomena

Little by little we are being provided with an arsenal of operative instruments of a non-numerical nature, in the shape of models and algorithms, capable of providing answers to the "aggressions" which our economics and management systems must withstand, coming from an environment full of turmoil. In the work which we are presenting, we dare to propose a set of elements from which we hope arise focuses capable of renewing those structures of economic thought which are upheld by the geometrical idea. The concepts of pretopology and topology, habitually marginalized in economics and management studies, have centred our interest in recent times.  We consider that it is not possible to conceive formal structures capable of representing the Darwinism concept of economic behaviour today without recurring to this fundamental generalisation of metric spaces.  In our attempts to find a solid base to the structures proposed for the treatment of economic phenomena, we have frequently resorted to the theory of clans and the theory of affinities with results which we believe to be satisfactory.  We would like to go further, establishing, if possible, the connection between their axiomatics at the same time as developing some uncertain pretopologies and topologies capable of linking previously unconnected theories, at the same time easing the creation of other new theories. von Aluja, Jaime Gil