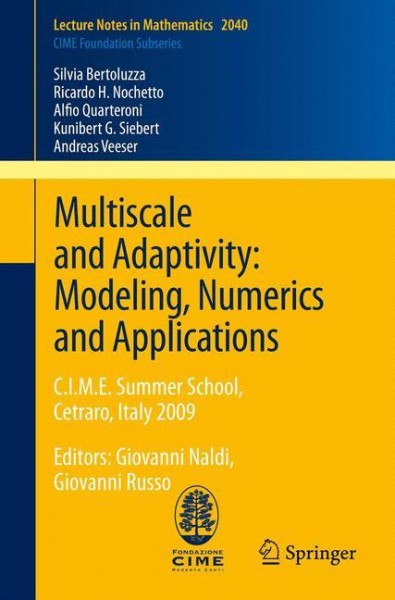 This book is a collection of lecture notes for the CIME course on "Multiscale and Adaptivity: Modeling, Numerics and Applications," held in Cetraro (Italy), in July 2009.Complex systems arise in several physical, chemical, and biological processes, in which length and time scales may span several orders of magnitude. Traditionally, scientists have focused on methods that are particularly applicable in only one regime, and knowledge of the system on one scale has been transferred to another scale only indirectly. Even with modern computer power, the complexity of such systems precludes their being treated directly with traditional tools, and new mathematical and computational instruments have had to be developed to tackle such problems. The outstanding and internationally renowned lecturers, coming from different areas of Applied Mathematics, have themselves contributed in an essential way to the development of the theory and techniques that constituted the subjects of the courses. von Bertoluzza, Silvia und Nochetto, Ricardo H. und Quarteroni, Alfio und Siebert, Kunibert G. und Veeser, Andreas