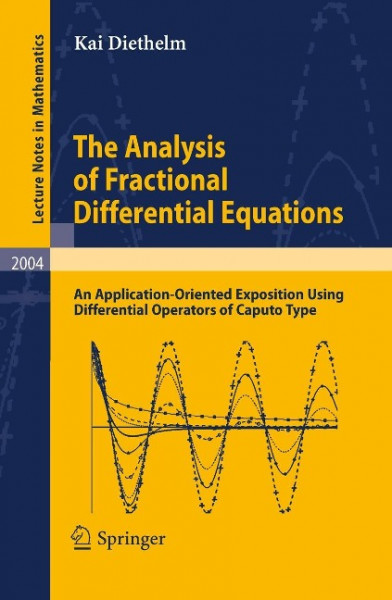 The Analysis of Fractional Differential Equations

Fractional calculus was first developed by pure mathematicians in the middle of the 19th century. Some 100 years later, engineers and physicists have found applications for these concepts in their areas. However there has traditionally been little interaction between these two communities. In particular, typical mathematical works provide extensive findings on aspects with comparatively little significance in applications, and the engineering literature often lacks mathematical detail and precision. This book bridges the gap between the two communities. It concentrates on the class of fractional derivatives most important in applications, the Caputo operators, and provides a self-contained, thorough and mathematically rigorous study of their properties and of the corresponding differential equations. The text is a useful tool for mathematicians and researchers from the applied sciences alike. It can also be used as a basis for teaching graduate courses on fractional differential equations.