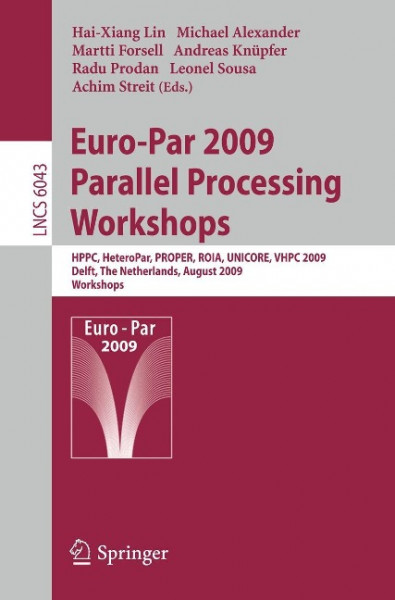 Euro-Par is an annual series of international conferences dedicated to the p- motion and advancement of all aspects of parallel and distributed computing. th Euro-Par 2009 was the 15 edition in this conference series. Througout the years, the Euro-Par conferences have always attracted high-quality submissions and have become one of the established conferences in the area of parallel and distributed processing. Built upon the success of the annual conferences and in order to accommodate the needs of special interest groups (among the conf- ence participants), starting from 2006,a series of workshopsin conjunction with the Euro-Par main conference have been organized. This was the ?fth year in which workshops were organized within the Euro-Par conference format. The workshops focus on advanced specialized topics in parallel and d- tributed computing. These topics re?ect new scienti?c and technological dev- opments. While the community for such new and speci?c developments is still small and the topics have yet to become mature, the Euro-Par conference o?ers a platform in the form of a workshop to exchange ideas and discuss cooperation opportunities. The workshops in the past four years have been very successful. The number ofworkshopproposalsandthenumberof?nallyacceptedworkshopshavegra- ally increasedsince 2006.In 2008,nine workshopswereorganizedin conjunction with the main Euro-Par conference. In 2009, there were again nine workshops.