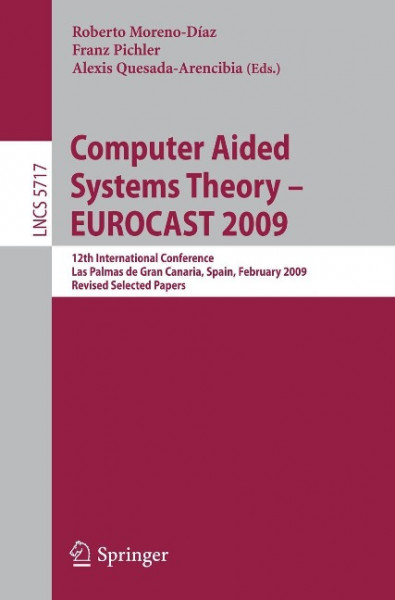 The concept of CAST as Computer Aided Systems Theory was introduced by F. Pichler in the late 1980s to refer to computer theoretical and practical developments as tools for solving problems in system science. It was thought of as the third component (the other two being CAD and CAM) required to complete the path from computer and systems sciences to practical developments in science and engineering. Franz Pichler, of the University of Linz, organized the first CAST workshop in April 1988, which demonstrated the acceptance of the concepts by the scientific and technical community. Next, the University of Las Palmas de Gran Canaria joined the University of Linz to organize the first international meeting on CAST (Las Palmas, February 1989) under the name EUROCAST'89. This proved to be a very successful gathering of systems theorists, computer scientists and engineers from most European countries, North America and Japan. It was agreed that EUROCAST international conferences would be organized every two years, alternating between Las Palmas de Gran Canaria and a continental European location. From 2001 the conference has been held exclusively in Las Palmas. Thus, successive EUROCAST meetings took place in Krems (1991), Las Palmas (1993), In- bruck (1995), Las Palmas (1997), Vienna (1999), Las Palmas (2001), Las Palmas (2003) Las Palmas (2005) and Las Palmas (2007), in addition to an extra-European CAST c- ference in Ottawa in 1994. von Moreno Díaz, Roberto