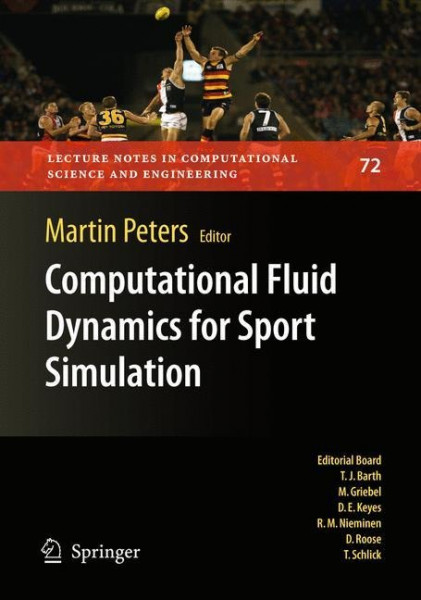 All over the world sport plays a prominent role in society: as a leisure activity for many, as an ingredient of culture, as a business and as a matter of national prestige in such major events as the World Cup in soccer or the Olympic Games. Hence, it is not surprising that science has entered the realm of sports, and, in particular, that computer simulation has become highly relevant in recent years. This is explored in this book by choosing five different sports as examples, demonstrating that computational science and engineering (CSE) can make essential contributions to research on sports topics on both the fundamental level and, eventually, by supporting athletes' performance. von Peters, Martin