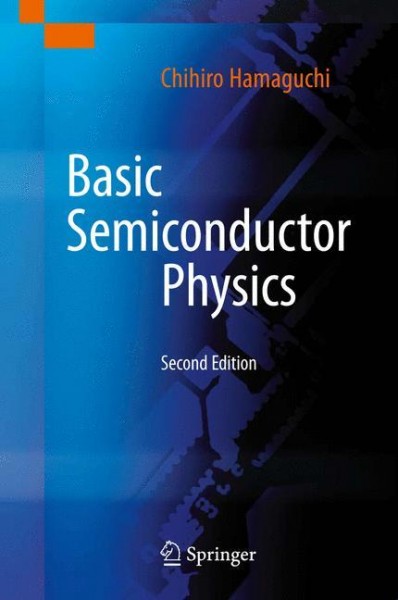 When the ?rst edition ofBasic Semiconductor Physics was published in 2001, there were already many books, review papers and scienti?c journals de- ing with various aspects of semiconductor physics. Since many of them were dealing with special aspects of newly observed phenomena or with very f- damental physics, it was very di?cult to understand the advanced physics of semiconductors without the detailed knowledge of semiconductor physics. For this purpose the author published the ?rst edition for the readers who are involved with semiconductor research and development. Basic Semiconductor Physics deals with details of energy band structures, e?ective mass eq- tion and k·p perturbation, and then describes very important phenomena in semiconductors such as optical, transport, magnetoresistance, and quantum phenomena. Some of my friends wrote to me that the textbook is not only basic but advanced, and that the title of the book does not re?ect the c- tents. However, I am still convinced that the title is appropriate, because the advanced physics of semiconductor may be understood with the knowledge of the fundamental physics. In addition new and advanced phenomena - served in semiconductors at an early time are becoming well-known and thus classi?ed in basic physics. After the publication of the ?rst edition, many typographical errors have been pointed out and the corrected version was published in 2006. The p- lisher and my friends persuade me to revise the book adding new chapters, keeping the subject at the appropriate level. von Hamaguchi, Chihiro