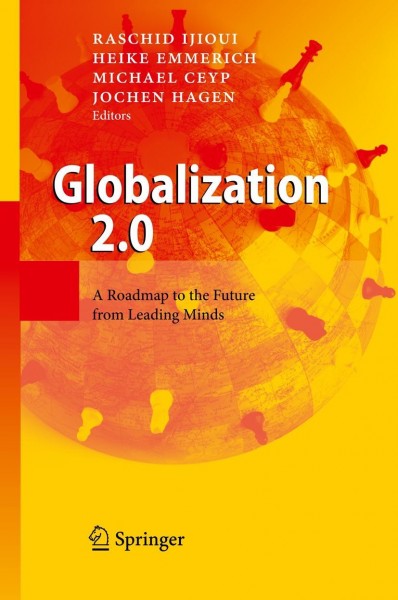 Globalization 2.0
A Roadmap to the Future from Leading Minds

. . . Eat not up your property among yourselves unjustly except it be a trade amongst you, by mutual consent . . . and help you one another in righteousness and piety. . . (Al-Hadid 4:29; Al-Ma'idah 5:2) There cannot be any doubt that the current ?nancial crisis, which began in the US, has gone global. This realization has fuelled the ?re of debate over globalization. Today's globalization is no longer the globalization that Theodore Levitt, a former professor at the Harvard Business School, described in 1983 in his world famous article ''The Globalization of Markets. '' Although, in old days, Levitt and his successors had not seen globalization as an utopian state free of problems, no- days globalization has been reshaped completely. Therefore, in the perception of the editors it is justi?ed to use the phrase ''Globalisation 2. 0'' for the range of effects interpenetrating global economic arrangements. Globalisation 1. 0 will never be restored again. Since the subprime crisis made its way to the global arena in the year 2008, companies and managers are confronted with the breathtaking speed of global, regional, and local changes. It is more than a provocation to divide dev- opments into cause and effects. Forecasts in strategic management are no longer valid even for the moment they are published. Uncertainty occupies the driving seats in global, regional, and local oriented companies.