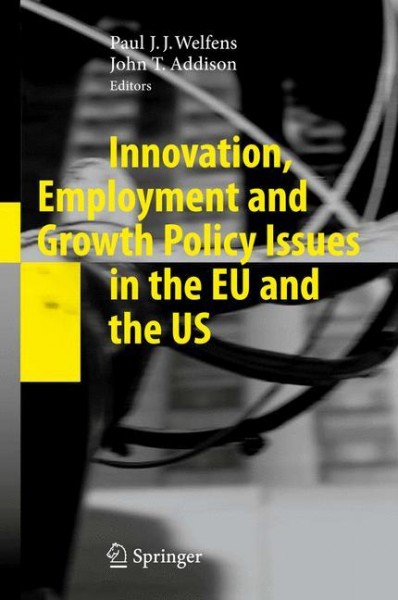 Innovation, Employment and Growth Policy Issues in the EU and the US

Innovation, Employment and Growth Policy Issues in the EU and the US

Economic development has cyclical dynamics and long-term dynamics - the latter are typically related to demographical changes, innovation and long-term insti- tional changes in open economies. Financial markets - that means mainly capital markets - and labor markets are affected in OECD countries both by innovations and institutional reforms. As regards demographics ageing is a typical challenge on both sides of the Atlantic, and pension reforms in industrialized countries have placed greater emphasis on capital markets than in previous decades. Innovation dynamics certainly are also quite important for all high wage OECD countries. The Lisbon Agenda has put particular emphasis on more growth, higher innovation dynamics and better exploitation of the advantages of a digitally networked society. Traditionally, the US has a lead in global innovations, and the US policy certainly has contributed to the American technological leadership. There still is a per capita income gap in favor of the US and the US labor market situation also looks relatively favorable, but in the ?ve years since 2001 employment growth in the euro area was higher than that of the US. The euro area is, however, a rather heterogeneous set of countries which differ in terms of institutions, attitudes and reform progress - and everywhere governments are aware that there have to be reforms, not least in the context of globalization which bring a more complex and dynamic spatial structure of value-added. von Welfens, Paul J. J.