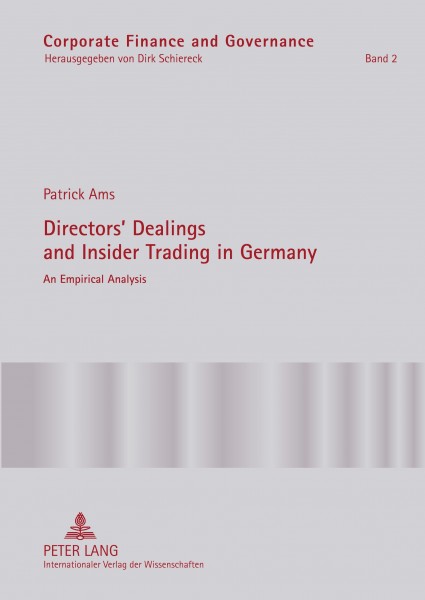 Directors' Dealings and Insider Trading in Germany
An Empirical Analysis

The Author: Patrick Ams, M.B.L., born in 1979, studied Business Administration at the European Business School (EBS) in Germany. After graduating in 2004 he attended the executive Master of European and International Business Law Program at the University of St. Gallen (Switzerland) and started simultaneous his doctoral research at the endowed Chair of Asset Management at the EBS.