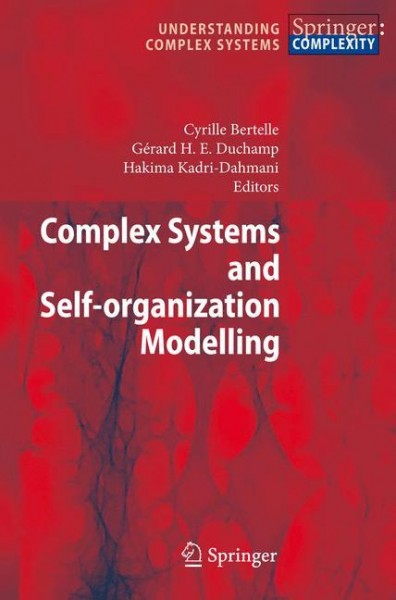 Theconcernofthisbookistheuseofemergentcomputingandself-organization modellingwithinvariousapplicationsofcomplexsystems. Wefocusouratt- tion both on the innovative concepts and implementations in order to model self-organizations, but also on the relevant applicative domains in which they can be used e?ciently. First part deals with general modelling and methodology as conceptual - proaches for complex systems description. An introductive chapter by Michel Cotsaftis entitled "A Passage to Complex Systems", treats the notion of "Complex Systems" in opposition to that of a "Complicated System". This can be, he claims, comprehended immediately from the latin roots as "C- plex" comes from "cum plexus" (tied up with) whereas "complicated" ori- natesfrom"cumpliare"(piledupwith). Thepaperisawideandrichdisser- tion with elements of history (of the technical developement of mankind) with its recents steps : mechanist, quantum and relativistic points of view. Then, the need for a "passage" is illustrated by the discussion, with tools borrowed from functional analysis, of a typical parametric di?erential system. The last and conclusive parts give tracks for the study of Complex Systems, in parti- lar one can hope to pass to quantitative study and control of complex systems even if one has to consent a "larger intelligence delegation" to them (as - nounced in the introduction) by using and developing tools already present in dissipative Physics and in Mathematical functional analysis and ?xed point theorems, for instance. This "passage" is followed by a wide bibliography of more than 90 entries. The (non hasty) reader is invited to read this deep and far reaching account before browsing through the book. von Bertelle, Cyrille und Kadri-Dahmani, Hakima und Duchamp, Gérard H. E.