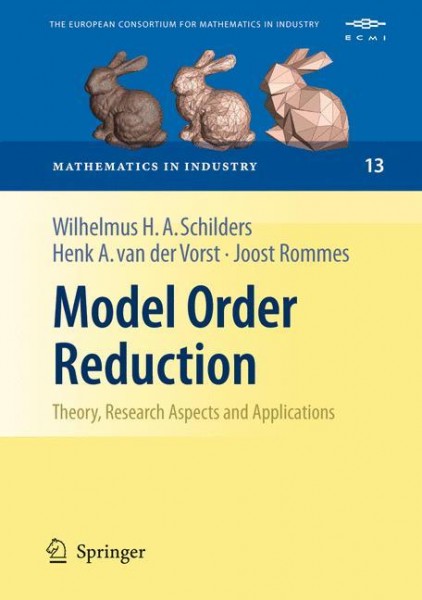 Wil Schilders received the MSc degree in pure and applied mathematics from Nijmegen University in 1978, and a PhD in numerical analysis from Trinity College Dublin in 1980. Since 1980, he has been with Philips Electronics, where he developed algorithms for semiconductor device simulation, electronic circuit simulation, and electromagnetics problems. He wrote two volumes on the numerical simulation of semiconductor devices, and published a special volume on Numerical Methods in Electromagnetics. Since 1999, he is part-time professor in numerical analysis for industry at Eindhoven University of Technology. He developed a novel method known as the Schilders factorization for the solution of indefinite linear systems. Since more than a decade, his interest is in model order reduction, and he is a frequent organizer of workshops and symposia on this topic. Currently, he is with NXP Semiconductors, heading the Mathematics group. Henk van der Vorst is a leading expert in numerical linear algebra, in particular in iterative methods for linear systems and eigenproblems. The techniques developed and used in these areas are of very high interest in model order reduction. Van der Vorst was the (co-) author of novel and highly important techniques, including incomplete decompositions, Bi-CGSTAB, and the Jacobi-Davidson method. The Bi-CGSTAB paper was the most cited paper in mathematics of the 1990's according to ISI in 2000. For the Jacobi-Davidson method he received, together with co-author Sleijpen a SIAG-LA Award for the best paper in numerical linear algebra over a three year period. Van der Vorst is Editor in Chief of the SIAM Journal SIMAX and he is member of the Netherlands Royal Academy of Sciences. Joost Rommes received the M.Sc. degree in computational science, the M.Sc. degree in computer science, and the Ph.D. degree in mathematics from Utrecht University, Utrecht, The Netherlands, in 2002, 2003, and 2007, respectively. During his PhD studies he worked on eigensolution methods with applications in model order reduction. Some of his developed methods are now used in software for circuit simulation and power system analysis. Joost Rommes currently works at NXP Semiconductors on model order reduction. In the electronics industry, an increase in complexity at transistor level leads to much large models that can not be simulated without accurate reduction techniques. Due to specific properties of the models, there is also need for different reduction techniques that can deal with these properties. This book provides a wide range of reduction techniques.