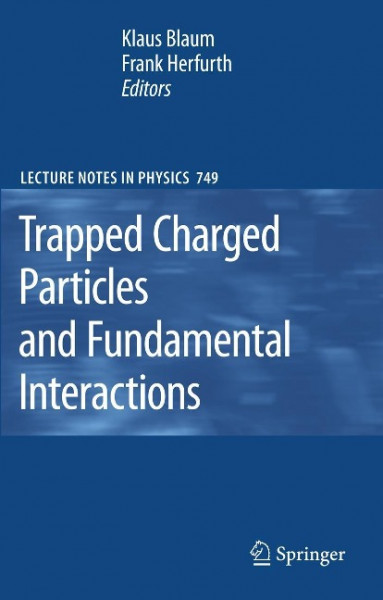 The development of ion traps has spurred significant experimental activities able to link measurable quantities to the most fundamental aspects of physics. The first chapter sets the scene and motivates the use of ion traps with an in-depth survey of the low-energy electroweak sector of the standard model amenable to precision test. The next parts then introduce and review aspects of the theory, simulation and experimental implementation of such traps. Last but not least, two important applications, namely high resolution mass spectrometry in Penning traps and tests of fundamental physics - such as the CPT theorem - with trapped antiprotons are discussed. This volume bridges the gap between the graduate textbook and the research literature and will assist graduate students and newcomers to the field in quickly entering and mastering the subject matter. von Blaum, Klaus und Herfurth, Frank