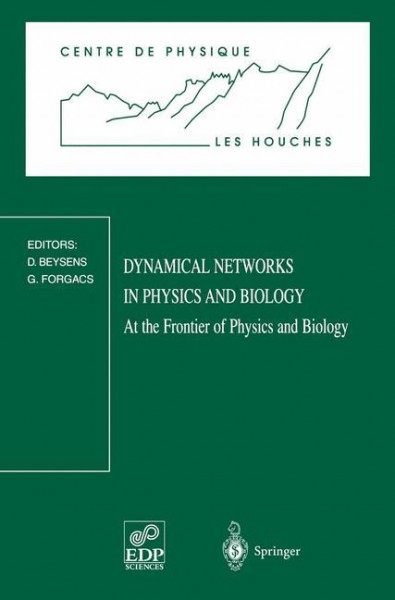 Dynamical Networks in Physics and Biology

The 1997 Les Houches workshop on "Dynamical Network in Physics and Biology" was the third in a series of meetings "At the Frontier between Physics and Biology". Our objective with these workshops is to create a truly interdisciplinary forum for researchers working on outstanding problems in biology, but using different approaches (physical, chemical or biological). Generally speaking, the biologists are trained in the particular and motivated by the specifics, while, in contrast, the physicists deal with generic and "universal" models. All agree about the necessity of developing "robust" models. The specific aim of the workshop was to bridge the gap between physics and biology in the particular field of interconnected dynamical networks. The proper functioning of a living organism of any complexity requires the coordinated activity of a great number of "units". Units, or, in physical terms, degrees of freedom that couple to one another, typically form networks. The physical or biological properties of interconnected networks may drastically differ from those of the individual units: the whole is not simply an assembly of its parts, as can be demonstrated by the following examples. Above a certain (critical) concentration the metallic islands, randomly distributed in an insulating matrix, form an interconnected network. At this point the macroscopic conductivity of the system becomes finite and the amorphous metal is capable of carrying current. The value of the macroscopic conductivity typically is very different from the conductivity of the individual metallic islands. von Beysens, D. und Forgacs, G.