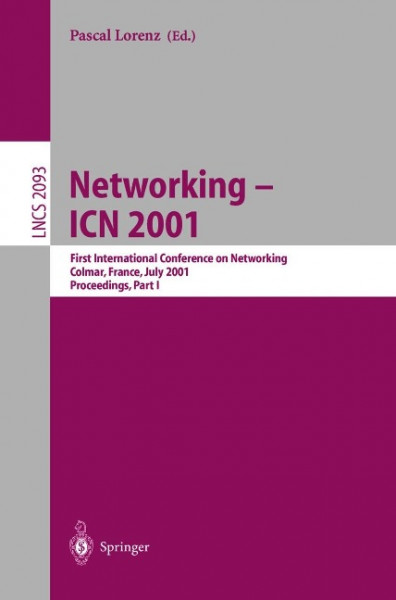 The International Conference on Networking (ICN01) is the first conference in its series aimed at stimulating technical exchange in the emerging and important field of networking. On behalf of the International Advisory Committee, it is our great pleasure to welcome you to the International Conference on Networking. Integration of fixed and portable wirele ss access into IP and ATM networks presents a cost effective and eff icient way to provide seamless end to end connectivity and ubiquitous access in a market where demands on Mobile and Cellular Networks have grown rapidly and predicted to generate billions of dollars in revenue. The deployment of broadband IP based technologies over Dense Wavelength Division Multiplexing (DWDM) and integration of IP with broadband wireless access networks (BWANs) are becoming increasingly important. In addition, fixed core IP/ATM networks are constructed with recent move to IP/MPLS over DWDM. More over, mobility introduces further challenges in the area that have neither been fully understood nor resolved in the preceding network generation. This first Conference ICN01 has been very well perceived by the International networking community. A total of 300 papers from 39 countries were submitted, from which 168 have been accepted. Each paper has been reviewed by several members of the scientific Program Committee. von Lorenz, P.