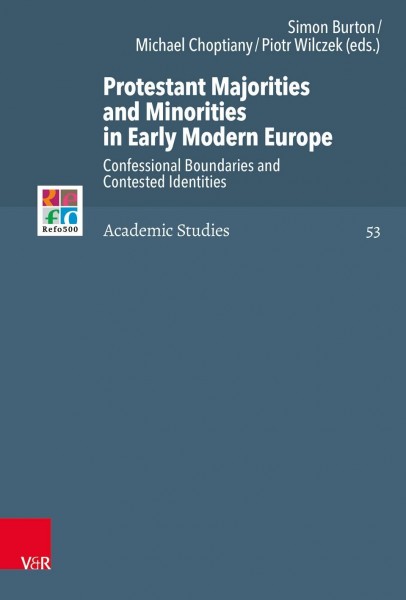 The contributors to this volume examine the complex and dynamic role that Protestant majorities and minorities played in shaping the Reformations of the sixteenth and seventeenth centuries. In doing so, it offers an important perspective on the range of intellectual, social, economic, political, theological and ecclesiological factors that governed intra- and inter-confessional encounter in the early modern period. While the principal focus is on the situation of different Protestant majority and minority groups, many of the contributions also engage the relation of Protestants and Catholics, with a number also considering early modern Christian dialogue with Muslims and Jews. The volume is organised into five sections, which together provide a comprehensive picture of Protestant majorities and minorities. The first section explores intellectual trajectories, especially those which promoted confessional unity or sought to break down confessional boundaries. The second section, taking the neglected Spanish Reformation as an important case-study, examines the clandestine aspect of minority activities and the efforts of majorities to control and suppress them. The third section pursues a similar theme but examines it through the lens of Flemish and Walloon Reformed refugee communities in Germany and the Netherlands, demonstrating the way in which confessional factors could lead to the integration or exclusion of minorities. The fourth section examines marginal or peripheral Reformations, whether geographically or doctrinally understood, focussing on attempts to implement reform in the shadow of the Ottoman Empire. Finally, the fifth section looks at confessional identity and otherness as a principal theme of majority and minority relations, providing both theoretical and practical frameworks for its evaluation. von Burton, Simon und Choptiany, Michael und Wilczek, Piotr