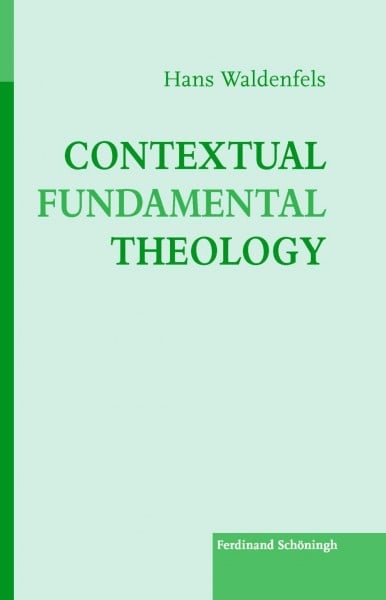 The handbook of fundamental theology is the result of twenty years of teaching and research and has already appeared in seven different languages; a Chinese edition is on the way. Hans Waldenfels held the chair at the university of Bonn from 1977-1997, where the former Pope Benedict XVI. - Joseph Ratzinger - began his scholarly career. Waldenfels came to Bonn after he had lived and worked in Japan for ten years where he experienced a completely different language and culture. In Japan as well as in other parts of Asia, inculturation became a life experience for him. Following the three classical topics of fundamental theology - God, Jesus Christ, the Church - Waldenfels asks how they fit into the different contexts of ethnic, cultural, religious and ideological contexts of life. Finally he reflects on the process of Christian theology. The handbook shows that modern Christian theology needs a profound knowledge and analysis of the diversity of human and social life. At the same time an equally deep involvement in the mystery of the divine as it appears in the life and death of Jesus Christ. It calls for a strong connection between historical awareness and an insatiable desire of the infinite Beyond. von Waldenfels, Hans

Hans Waldenfels, Prof. Dr. Dr. theol., Dr. h.c., is emeritus Professor of Fundamental Theology, Theology of the Non-Christian Religions, and Philosophy of Religion at the Faculty of Catholic Theology of the University of Bonn (Germany). He received an honorary doctorate from the Cardinal Stefan Wyszynski University in Warsaw in 1993. He was also awarded the Order of Merit of the Federal Republic of Germany in 2003.