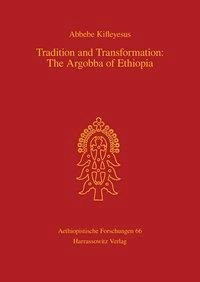 Tradition and Transformation: The Argobba of Ethiopia

Tradition and Transformation: The Argobba of Ethiopia

The Argobba are an ethnic and religious minority in southeastern Wällo and northeastern Säwa. Despite living in harsh environments and menace from more dominant ethnic groups, they have for centuries maintained their agricultural activity, trader and weaver identity, and religious unity.At present they are undergoing rapid cultural change, and are caught up in a tension between encapsulation and the struggle for the survival of Argobba cultural tradition and political position in what once was a strategic location. This book presents a perceptive historical and cultural analysis of change and continuity, looks at how the Argobba define and redefine their agricultural and commercial ways of living as a response to threats from Oromo migration, Amhara settler penetration and Adal aggression, and examines the past and present condition of Argobba social and economic transformation in north-central Ethiopia. von Kifleyesus, Abbebe