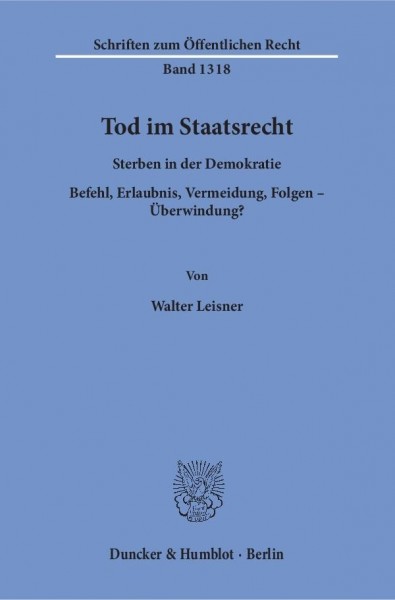 »Death in Constitutional Law« Death is the most terrible - and most certain event for all Human Beings. It should be ruled, in it's central issues, by Constitutional Law in a Democracy, as this Form of state is based on Man, his Will, Life - and Death. Such legal, »lethal« order has not to give answers to all questions about human dying. But on the base of human Dignity, Equality, Freedom and Religious Feelings clear ideas have to be established about the circumstances of Death, its legal causes and consequences, from suicide to inheritance. von Leisner, Walter