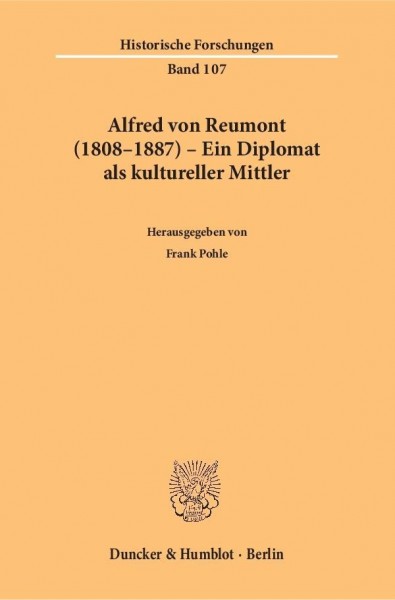 »Alfred von Reumont (1808-1887) - A Diplomat as Cultural Mediator« Nine essays open central aspects of Alfred von Reumont's work. He belonged to the scholarly circles to Friedrich Wilhelm IV. and was involved as a Prussian diplomat in Italy and member of several academies in the scholarly networks of his time. As a historian and publicist, he tried in countless books, essays and newspaper articles to enlarge the knowledge of the past and present of the Italian states in Germany, a lifelong project with which he rendered great services.