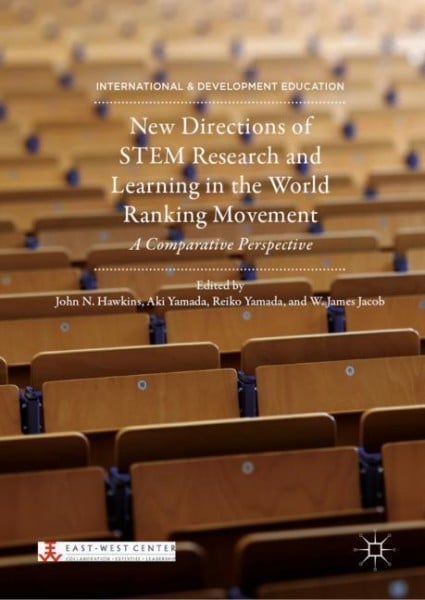 This volume analyzes the dominance of STEM fields in various university rankings and the reasons why many governments in the world disproportionately give value to STEM fields. Secondly, although there is general agreement that STEM fields are important, chapter authors also examine the role of interdisciplinary and multidisciplinary approaches for a revised STEM education as well as implications for the future. The book presents examples from the United States, Canada, Japan, Korea, and Taiwan. von Hawkins, John N.

John N. Hawkins is a Professor Emeritus at the University of California, Los Angeles and former Co-Director of APHERP, East-West Center. Hawkins is a specialist on higher education reform in the U.S. and Asia and the author of several books and research articles on education and development in Asia. Recent books include Changing Education: Leadership, Innovation, and Development in a Globalizing Asia Pacific (with Peter D. Hershock and Mark Mason, Springer, 2007) and Policy Debates in Comparative, International, and Development Education (with W. James Jacob, Palgrave Macmillan, 2011). He has served as President of the Comparative International Education Society and Editor of the Comparative Education Review. Aki Yamada received her Master of Arts in American Studies from Doshisha University, Kyoto, Japan, studying at Stanford University for one year as a Freeman Spogli Institute Visiting Researcher. In 2015 she completed her Ph.D. in Education at UCLA, writing her dissertation on new Japanese migrants and immigrants living in the United States. Her research interests include globalization, contemporary Asian immigration, transnational identity, and internationalization of higher education. Aki is now working as an Assistant Professor in the Empowerment Informatics program at University of Tsukuba. Her recent work includes "Changing Dynamics of Asia Pacific Higher Education Globalization, Higher Education Massification, and the Direction of STEM Fields for East Asian Education and Individuals" in Redefining Asia Pacific Higher Education in Contexts of Globalization Private Markets and the Public Good (Palgrave Macmillan, 2015, pp.117-128). Reiko Yamada is Dean and Professor of the Faculty of Social Studies and Director of the Center for Higher Education and Student Research at Doshisha University, Kyoto, Japan. She was the inaugural President of the Japanese Association of the First-year Experience. She received a Ph.D. from UCLA. She is the author of For the Quality Assurance of Undergraduate Education (Toshindo, 2012), and editor of Quality of Higher Education and its Evaluation: Japan and the World, (Toshindo, 2016). Her recent publications include Measuring Quality of Undergraduate Education in Japan (Springer, 2014), "Comparison of Student Experiences in the Era of Massification: Analysis of Student Data from Japan, Korea and the USA" in Managing International Connectivity, Diversity of Learning and Changing Labour Markets: East Asian Perspectives (Springer, 2016, pp.169-187). W. James Jacob is Professor of Higher Education Leadership at the University of Memphis Department of Leadership. He also serves as Co-Director of the Center for the Study of Higher Education and as a member of the Leadership Memphis Executive Program. Prior to joining the University of Memphis, he served for 10 years at the University of Pittsburgh as Director of the Institute for International Studies in Education. He is the co-editor of two book series related to the development of comparative, international, and development education scholarship: International and Development Education (Palgrave Macmillan) and Pittsburgh Studies in Comparative and International Education (Sense Publishers). His most recent books include Strategic Transformation of Higher Education: Challenges and Solutions in a Global Economy (with Stewart E. Sutin, Rowman & Littlefield, 2016); Trends in Chinese Education (with Hongjie Chen, Routledge, 2016); Indigenous Education: Language, Culture, and Identity (with Sheng Yao Cheng and Maureen Porter, Springer, 2015); Community Engagement in Higher Education: Policy Reforms and Practice (with Stewart E. Sutin, John C. Weidman, and John L. Yeager, Sense Publishers, 2015); and Policy Debates in Comparative, International, and Development Education (with John N. Hawkins, Palgrave Macmillan, 2011). He has written extensively on comparative, international, and development education topics with an emphasis on higher education.