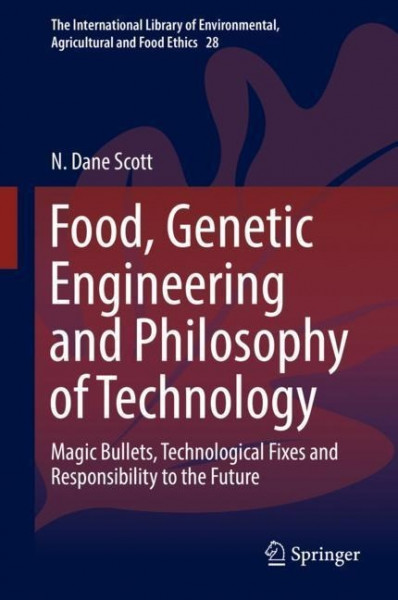 Food, Genetic Engineering and Philosophy of Technology
Magic Bullets, Technological Fixes and Responsibility to the Future

This book describes specific, well-know controversies in the genetic modification debate and connects them to deeper philosophical issues in philosophy of technology. It contributes to the current, far-reaching deliberations about the future of food, agriculture and society. Controversies over so-called Genetically Modified Organisms (GMOs) regularly appear in the press. The biotechnology debate has settled into a long-term philosophical dispute. The discussion goes much deeper than the initial empirical questions about whether or not GM food and crops are safe for human consumption or pose environmental harms that dominated news reports. In fact, the implications of this debate extend beyond the sphere of food and agriculture to encompass the general role of science and technology in society. The GM controversy provides an occasion to explore important issues in philosophy of technology. Researchers, teachers and students interested in agricultural biotechnology, philosophy of technology and the future of food and agriculture will find this exploration timely and thought provoking. von Scott, N. Dane