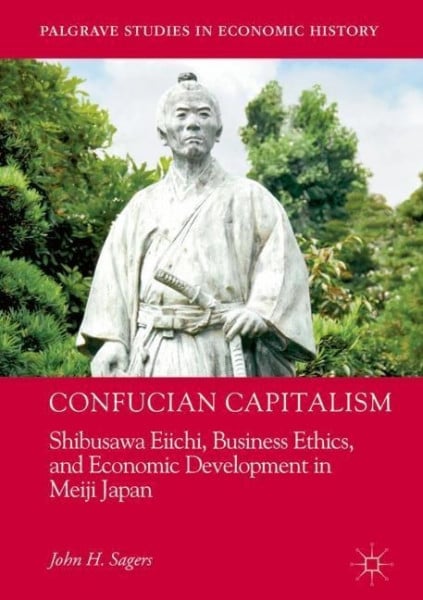 With the life story of Shibusawa Eiichi (1840-1931), one of the most important financiers and industrialists in modern Japanese history, as its narrative focal point, this book explores the challenges of importing modern business enterprises to Japan, where the pursuit of profit was considered beneath the dignity of the samurai elite. Seeking to overturn the Tokugawa samurai-dominated political economy after the Meiji Restoration, Shibusawa was a pioneer in introducing joint-stock corporations to Japan as institutions of economic development. As the entrepreneurial head of Tokyo's Dai-Ichi Bank, he helped launch modern enterprises in such diverse industries as banking, shipping, textiles, paper, beer, and railroads. Believing businesses should be both successful and serve the national interest, Shibusawa regularly cautioned against the pursuit of profit alone. He insisted instead on the 'unity of morality and economy' following business ethics derived from the Confucian Analects. A top leader in Japan's business community for decades, Shibusawa contributed to founding the Tokyo Stock Exchange, the Tokyo Chamber of Commerce, and numerous educational and philanthropic organizations to promote his vision of Confucian capitalism. This volume marks an important contribution to the international debate on the extent to which capitalist enterprises have a responsibility to serve and benefit the societies in which they do business. Shibusawa's story demonstrates that business, government, trade associations, and educational institutions all have valuable roles to play in establishing a political economy that is both productive and humane. von Sagers, John H.

John H. Sagers is Professor of East Asian History at Linfield College, USA. He received his PhD in history from the University of Washington, USA; was a Fulbright Fellow at Rikkyo University, Japan; and held a Japan Foundation Fellowship. In 2006, he published his first book Origins of Japanese Wealth and Power: Reconciling Confucianism and Capitalism, 1830-1885 with Palgrave Macmillan.