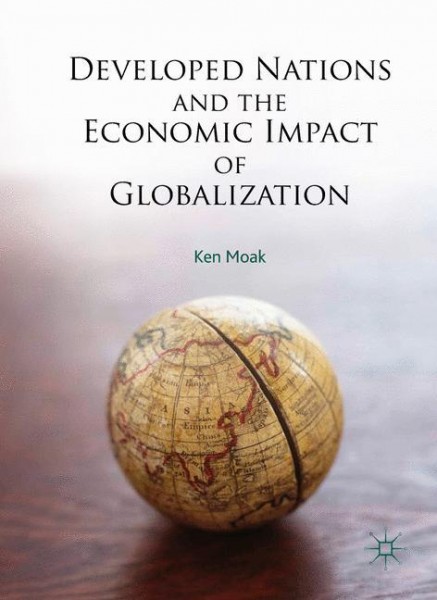 Developed Nations and the Economic Impact of Globalization

Developed Nations and the Economic Impact of Globalization

This book discusses the economic and geopolitical effects of globalization from historical and institutional perspectives. While it has had unintended consequences, such as displacing developed countries' dominance of production markets, the overall benefits of globalization far outweigh the costs. Moak argues that leading developed nations should not fear globalization but, instead, make concerted efforts to promote it in order to keep the cost-benefit balance weighing in favor of economic enhancement and geopolitical stability. Having incurred huge private and public debts as well as a weak monetary policy posture, many developed nations have been unable to recovery from the 2008 financial crisis. Moreover, geopolitical tensions are rising due to the power rivalry between the United States, China, and Russia over a host issues, including trade imbalances and geopolitics. This book aims to provide stakeholders with the relevant and necessary information to hold an objective debate on globalization. Ultimately, this book is about globalization- what it is, how it impacts the global economy and polity, and why it is needed now more than any other time in human history. von Moak, Ken

Ken Moak is retired from Capilano University, Canada, where he taught for over 30 years. He is the coauthor of China's Economic Rise and Its Global Impact. He worked as an economist with the government in British Columbia, Canada for five years.