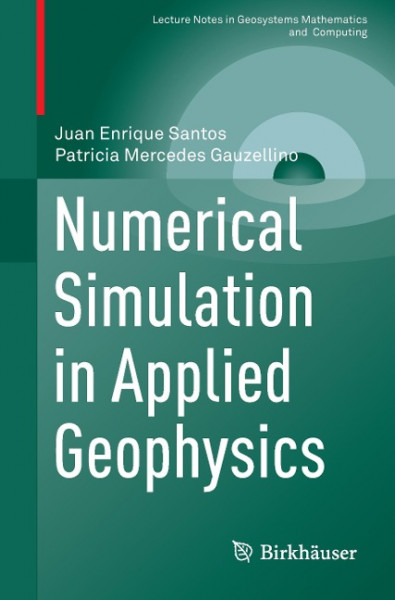 This book presents the theory of waves propagation in a fluid-saturated porous medium (a Biot medium) and its application in Applied Geophysics. In particular, a derivation of absorbing boundary conditions in viscoelastic and poroelastic media is presented, which later is employed in the applications. The partial differential equations describing the propagation of waves in Biot media are solved using the Finite Element Method (FEM). Waves propagating in a Biot medium suffer attenuation and dispersion effects. In particular the fast compressional and shear waves are converted to slow diffusion-type waves at mesoscopic-scale heterogeneities (on the order of centimeters), effect usually occurring in the seismic range of frequencies. In some cases, a Biot medium presents a dense set of fractures oriented in preference directions. When the average distance between fractures is much smaller than the wavelengths of the travelling fast compressional and shear waves, the medium behaves as an effective viscoelastic and anisotropic medium at the macroscale. The book presents a procedure determine the coefficients of the effective medium employing a collection of time-harmonic compressibility and shear experiments, in the context of Numerical Rock Physics. Each experiment is associated with a boundary value problem, that is solved using the FEM. This approach offers an alternative to laboratory observations with the advantages that they are inexpensive, repeatable and essentially free from experimental errors. The different topics are followed by illustrative examples of application in Geophysical Exploration. In particular, the effects caused by mesoscopic-scale heterogeneities or the presence of aligned fractures are taking into account in the seismic wave propagation models at the macroscale. The numerical simulations of wave propagation are presented with sufficient detail as to be easily implemented assuming the knowledge of scientific programming techniques. von Santos, Juan Enrique und Gauzellino, Patricia Mercedes