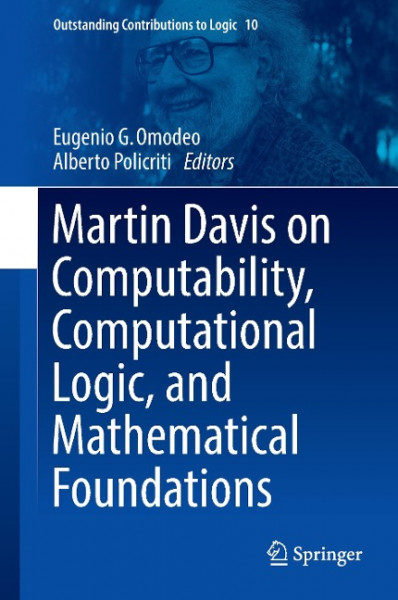 This book presents a set of historical recollections on the work of Martin Davis and his role in advancing our understanding of the connections between logic, computing, and unsolvability. The individual contributions touch on most of the core aspects of Davis' work and set it in a contemporary context. They analyse, discuss and develop many of the ideas and concepts that Davis put forward, including such issues as contemporary satisfiability solvers, essential unification, quantum computing and generalisations of Hilbert's tenth problem. The book starts out with a scientific autobiography by Davis, and ends with his responses to comments included in the contributions. In addition, it includes two previously unpublished original historical papers in which Davis and Putnam investigate the decidable and the undecidable side of Logic, as well as a full bibliography of Davis' work. As a whole, this book shows how Davis' scientific work lies at the intersection of computability, theoretical computer science, foundations of mathematics, and philosophy, and draws its unifying vision from his deep involvement in Logic. von Omodeo, Eugenio G. und Policriti, Alberto