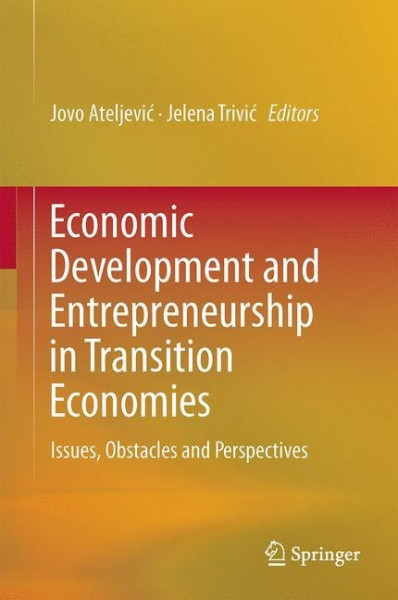 This book contributes to a better understanding of entrepreneurship in transition economies. Current literature reflects the more traditional schools of thought on entrepreneurship, which are influenced by the Western perspective, and fail to fully address the scenario in transition economies. There is a broad consensus among academics, policy makers, and practitioners that a fundamental cause of difficulties experienced by most economies in transition has been the fact that reform has not been accompanied by the creation of new, private businesses, and particularly SMEs. This is especially evident in states created in Europe after the dissolution of the Soviet Union where many barriers, which were inherited from the old system, remain in place, thus inhibiting entrepreneurial progress in these countries despite a favorable political and economic environment. The contributions featured in this book focus on how much progress has been achieved so far with regard to these aspects, as well as identify which current barriers and issues still need to be resolved. Themes include innovation performance, financing, venture capital, educational factors, and entrepreneurial learning. von Ateljevic, Jovo und Trivic, Jelena

Jovo Ateljevic, PhD, full professor at the Faculty of Economics University of Banja Luka, has been an active researcher in a number of areas - Entrepreneurship and SMEs, Economic Development, Management strategy and Tourism. An important feature of his research has been collaborative, team-based and international (New Zealand, USA, UK, Germany, Japan, and Southeast Europe). His research output appears in a number of international journals and books. He's been involved in many research /consultancy projects worldwide including the UK, New Zealand, Ukraine, Moldova, Western Balkans countries. In the last two decades, he has supervised MAs, PhDs, and taught modules in general business/management studies in both undergraduate and post graduate programs in New Zealand (Victoria University of Wellington), the UK for 7 years (Stirling University), Serbia (University of Belgrade), University of Banja Luka and several other major universities in Bosnia and Herzegovina. Prof. Ateljevic is also the founder of the REDETE conference. Jelena Trivic, PhD, Assistant Professor at Faculty of Economics University of Banja Luka, BiH, where she teaches undergraduate and postgraduate courses in International Economics. She obtained PhD degree from the Faculty of Economics University of Belgrade in 2013. Her research interests include international trade and trade policy, international finances, globalization, institutional economics, as well as the field of European integration process. Beside her work at the Faculty, she has been engaged in the various reserach and consultancy projects mainly financed by the EU. She authored around 30 research articles and 2 chapters in international monographs published by Springer. She is secretary of the REDETE conference.