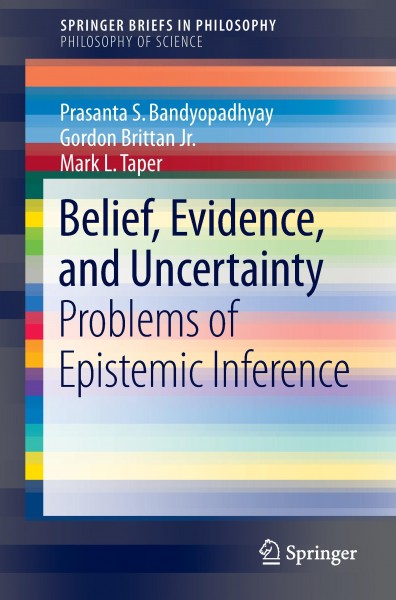 This work breaks new ground by carefully distinguishing the concepts of belief, confirmation, and evidence and then integrating them into a better understanding of personal and scientific epistemologies. It outlines a probabilistic framework in which subjective features of personal knowledge and objective features of public knowledge have their true place. It also discusses the bearings of some statistical theorems on both formal and traditional epistemologies while showing how some of the existing paradoxes in both can be resolved with the help of this framework.This book has two central aims: First, to make precise a distinction between the concepts of confirmation and evidence and to argue that failure to recognize this distinction is the source of certain otherwise intractable epistemological problems. The second goal is to demonstrate to philosophers the fundamental importance of statistical and probabilistic methods, at stake in the uncertain conditions in which for the most part we lead our lives, not simply to inferential practice in science, where they are now standard, but to epistemic inference in other contexts as well. Although the argument is rigorous, it is also accessible. No technical knowledge beyond the rudiments of probability theory, arithmetic, and algebra is presupposed, otherwise unfamiliar terms are always defined and a number of concrete examples are given. At the same time, fresh analyses are offered with a discussion of statistical and epistemic reasoning by philosophers. This book will also be of interest to scientists and statisticians looking for a larger view of their own inferential techniques.The book concludes with a technical appendix which introduces an evidential approach to multi-model inference as an alternative to Bayesian model averaging.

Prasanta S. Bandyopadhyay specializes in philosophy of science with applications of probability and statistics in addressing some long-standing problems in scientific inference. Along with his co-authors, he has both developed and sharpened a partially su